Ego is the enemy 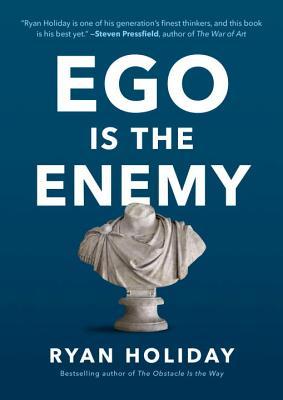 Ego is the enemy

This book! What a perfect time to read this book, I received this book from a good friend of mine named Fab. He had recommended this book to me on multiple occasions but was reluctant to give it to me until I told him I would start it straight away. I don’t think the timing could have been better, I read it over Christmas in around two days and I plan on making it a regular read.

The author Ryan Holiday reference’s stoics, martial artist’s, armed defence personnel and more in this book to showcase the many sides of ego. Holiday shows how even the greatest of minds with drive higher than that of the majority, can be brought down by something as simple as ego. I even remember reading the first few pages as he talks about himself and thinking that I don’t have an ego and this book probably won’t mean much to me. Boy was I wrong.

John Boyd – John Boyd is the first person mentioned by example, he was one of the most influential people in the armed forces. His message was simple, you will eventual come to a fork in the road where you have to chose “To do or to be”.

Will you simply be somebody, will you sacrifice your beliefs to be somebody, to join a club of individuals who in the end only look out for themselves. You may be known to everybody, but what did you really do?

Or will you DO something, something that is bigger than yourself, even though it may make your journey harder than it needs to be.

I took John Boyd’s message mean that sometimes we have to make a choice in our lives where it may not lead to fame and glory but it may lead to something bigger than ourselves.

Frank Shamrock – Frank Shamrock is a mixed martial artist with decades of experience in the ring and coaching fighters.Even though Frank has lifelong experience he still thinks of himself as a student. Frank has a system which is made of made up of three concepts: plus, minus and equal. Everyone needs to have someone better than them that they can learn from, someone lesser who they can teach and someone equal that they can challenge themselves against. The purpose is so people can receive feedback continuously about what they know and what they don’t know, it is there to “purge out the ego that puffs us up”. Shamrock observed “False ideas about yourself destroy you. For me, I always stay a student. Thats what martial arts are about, and you have to use the humility as a tool. You put yourself beneath someone you trust.”

Franks message is something I have unknowingly followed. I never want to be the best at what I do, I have fallen in love with learning.

These are just a few great example from within the book.

One that I highly recommend. It is now number two on my all time list.